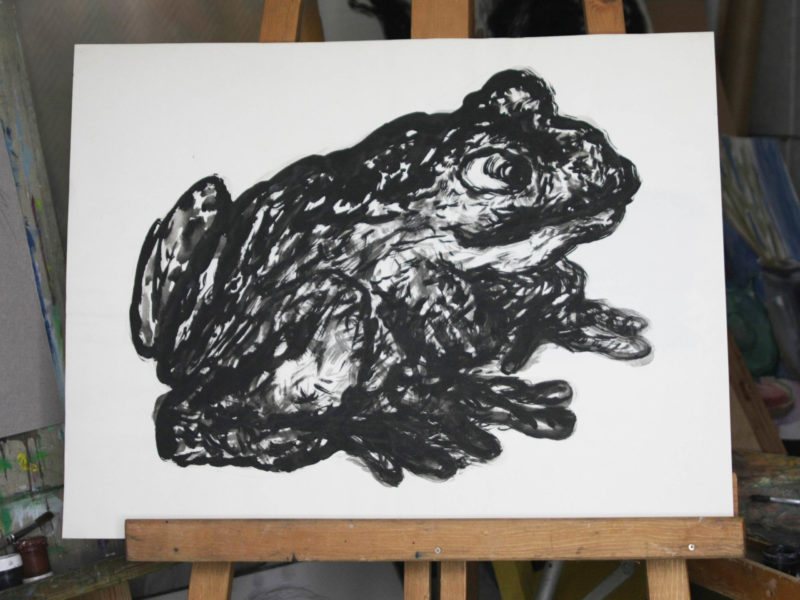 Masha Topaz was an artist and just loved to entertain guests in her studio. One day a friend, who has just returned from France, came to her studio. At some point their discussion touched upon the French cuisine and frogs, which taste a bit like chicken.

– Frogs are more noble to me.

The friend shrugged his shoulders and started to talk about the cognac.

And the artist got up, opened a can of black gouache, took out a sheet of paper. This is how the Frog appeared in the studio. 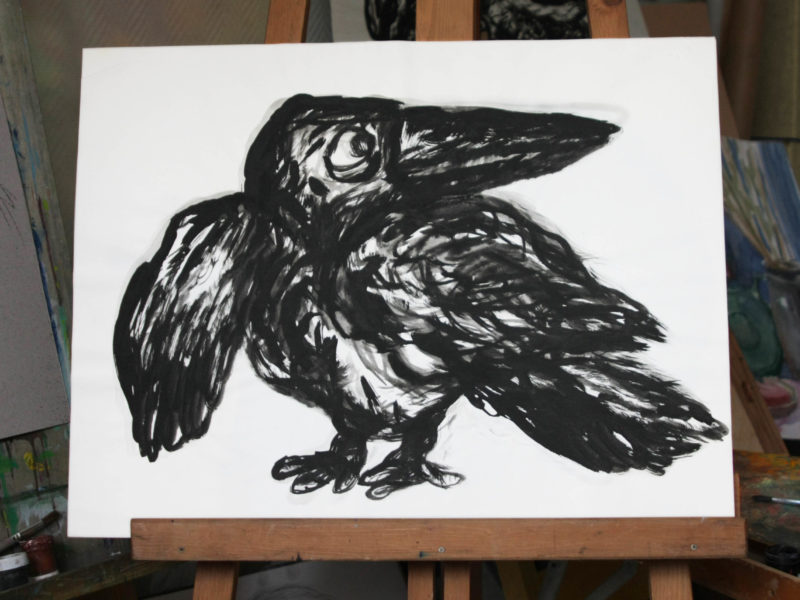 In the backyard a crow was nimbly rummaging through the fallen leaves.

At home a boy pretended to do his homework, actually making spaceships from his pens and pencils.

His mom worked at her desk.

The crow took off with a small shiny object in its beak.

The frightened crow rushed to the nearest window ledge.

The boy sprang up from his chair and ran to the window.

– Where are you going? What about the homework!? – an ominous shout from his mother caught up with him.

“Caw!” – came from outside the window.

The boy came back immediately:

– Mom, look what I found on the sill!

– Wow! – his mom was amazed. – It’s the missing grandmother’s brooch! Did that crow bring it to us? We should thank it. Let me draw its portrait.

And she did. And then this crow went to an exhibition in Copenhagen, because the Danes decided it was the crow from “The Snow Queen”. 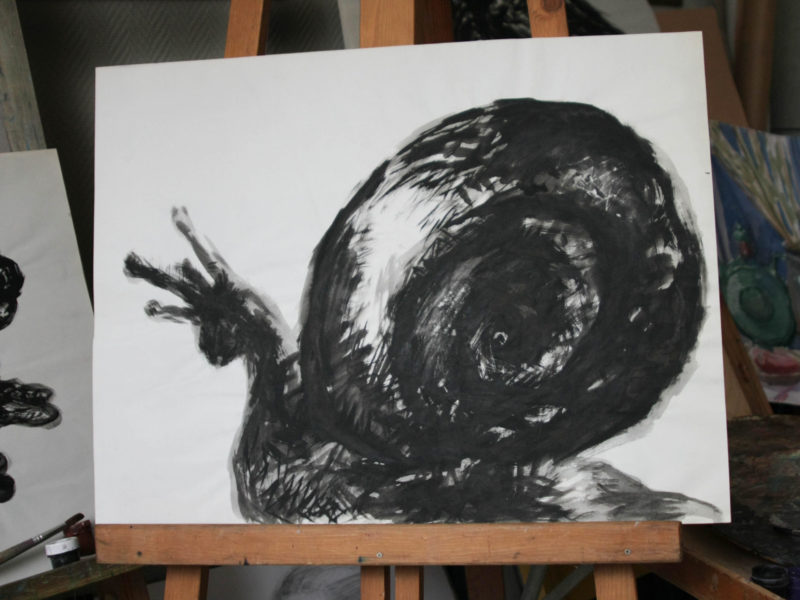 – And did you know that the snail’s spiral symbolizes the Center of the World, from which the Creation unfolds? – Masha Topaz the artist once asked her guests.

Like a lot of creative people, she used to draw inspiration from the two-volume edition of “The Myths and Legends of the Nations of the World”.

One of the guests turned out to be a renowned specialist on Japan. He told them that the Japanese consider the snail to be a remarkable and mysterious creature:

“And I’ve heard a snail can crawl on razor’s edge without getting hurt” – another guest said.

Later Masha drew a picture with a snail. She respected patience and perseverance –which constitute the essence of the snail. And if the world is actually created from its shell, then each of us will achieve his goal someday. 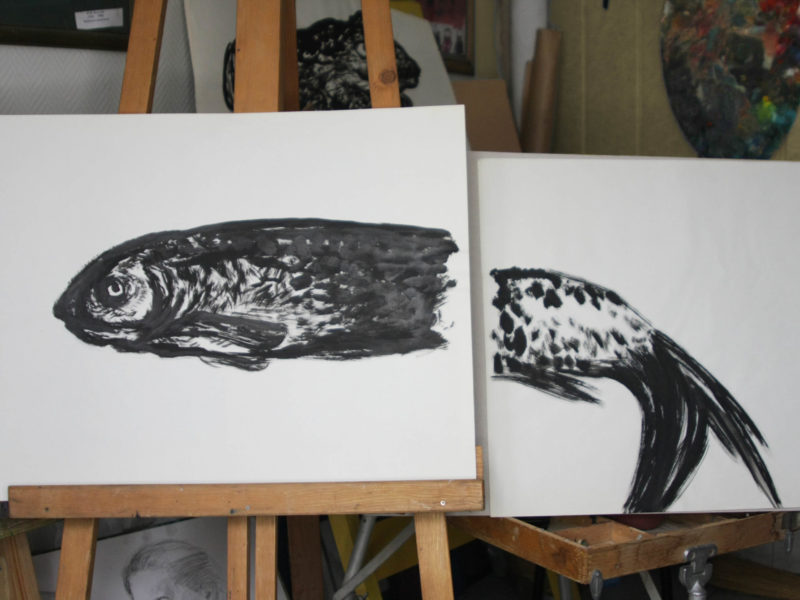 Natashka was a good neighbor. With just one flaw. She looked for flaws in everything.

You put on a new dress – she says your legs are too short.

Someone brings the “Kievsky” cake straight from Kiev – she won’t touch it because it “smells like economy class”.

Her son gets “А” for mathematics – she starts grilling him on the homework in Russian, so that everyone would see that her the boy is a moron.

Natashka had a job as a secretary at the local housing office, so she was well versed in letterheads, chocolate and painting. – On 8 March every year her boss gave her calendars with art reproductions. That way she’d become a specialist.

Looking at Masha’s latest sketches she would pass a judgement:

– All of that! Eyes on the face? Haven’t you heard about Dali? They should be on the ear!

– And where would you put the ear?

– On the back, naturally!

– Because no one will pay for an ordinary ear, but if you put it on the back, you’ll get a million straight away.

One day Natashka dropped in for a minute. To get salt and to give advice.

There was half a fish on the easel.

– Sold… for a million. They offered just 500 thousand for the whole one. So I had to cut it off.

Natashka never visited Masha again. And when they happened to meet, the greetings were quite dry.